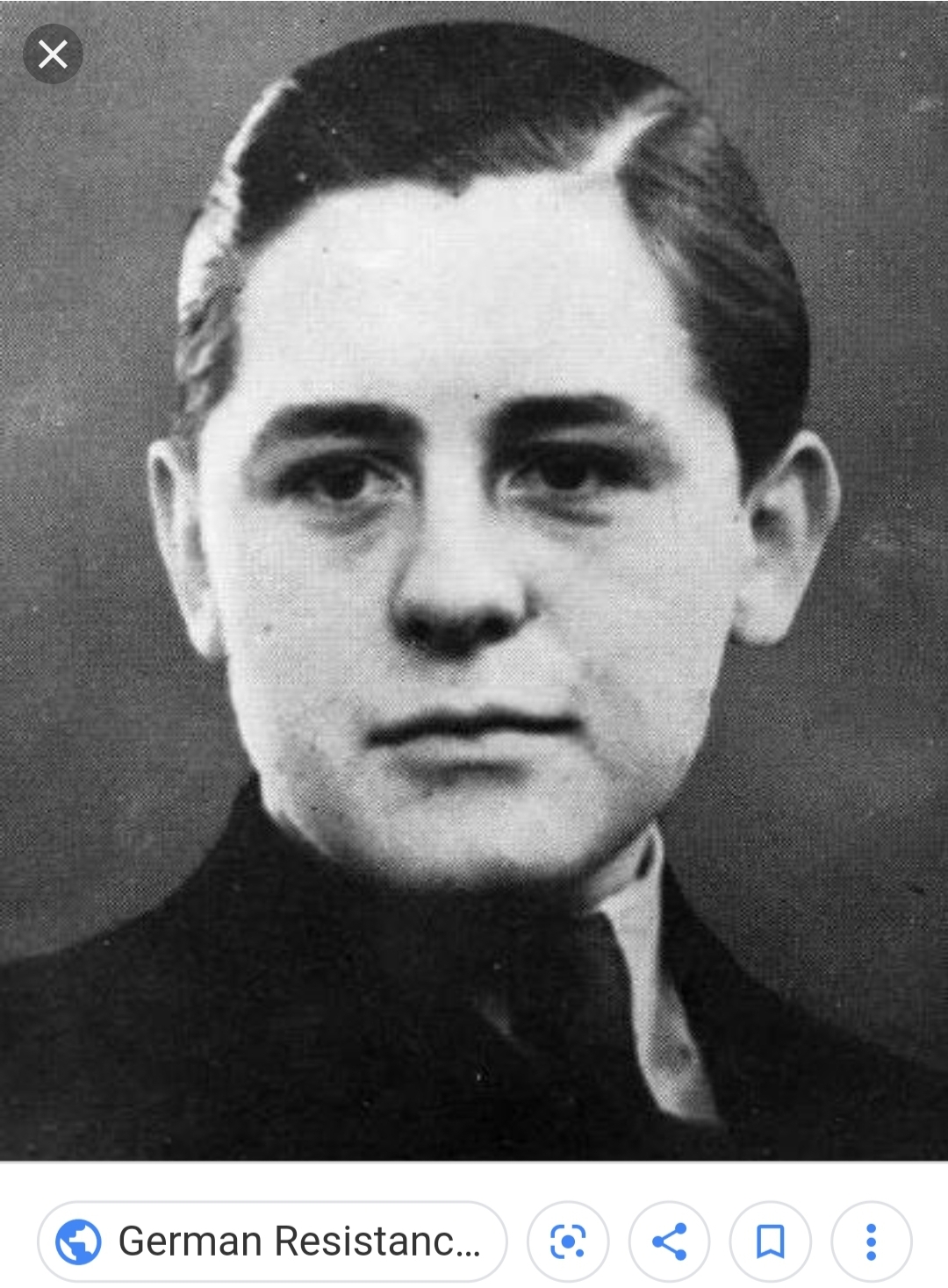 Helmuth was a member of the Church of Jesus Christ of Latter-Day-Saints (more commonly known as Mormons).

When he was seventeen years old, Helmuth tried to tell the German People what Hitler really was outside the propaganda regime, and he was killed for it.

Helmuth was a devoted Boy Scout before the rise of the Third Reich. After the rise he had no choice but to become a member of the Hitler Youth after the Nazis banned the Boy Scouts from Germany in 1935.

However, after Kristallnacht, Helmuth quit the Hitler Youth, not at all okay with what the party was doing. He was also upset when the leader of the LDS church in Germany joined the Nazi Party, and most members of the congregation became supports of the Reich as well (though this was probably, at least for some of them, due to self-preservation).

Helmuth began listening to illegal radio broadcasts from the BBC as early as 1941. The BBC was using counter-propaganda techniques at the time and said that the Nazis were losing the war and had no way of winning (most historians today agree that the Nazis didn’t start losing until 1942 or 1943, but you get the point).

With the help of friends, Helmuth distributed around sixty pamphlets with the illegal information he’d uncovered in the radio broadcasts, trying to convince those who didn’t listen to turn against the Nazis and recognize they were going to lose the war.

In February of 1942 one of Helmuth’s coworkers turned him in, and he was arrested by Nazi officials. Helmuth and his friends spent ten weeks under torture, awaiting trial.

Oh, and the leader of his congregation excommunicated him from the Church.

During his trial, Helmuth’s friends later told his family they believed Helmuth was purposely baiting the judges so that they’d punish him more harshly and give his friends lighter sentences.

If that was his wish, it came true. His friends were sent to labor camps, but Helmuth was sentenced to death by beheading.

When asked if he had anything to say before his sentencing, Helmuth told the judges, “I have to die now for no crime at all. Your turn is next!”