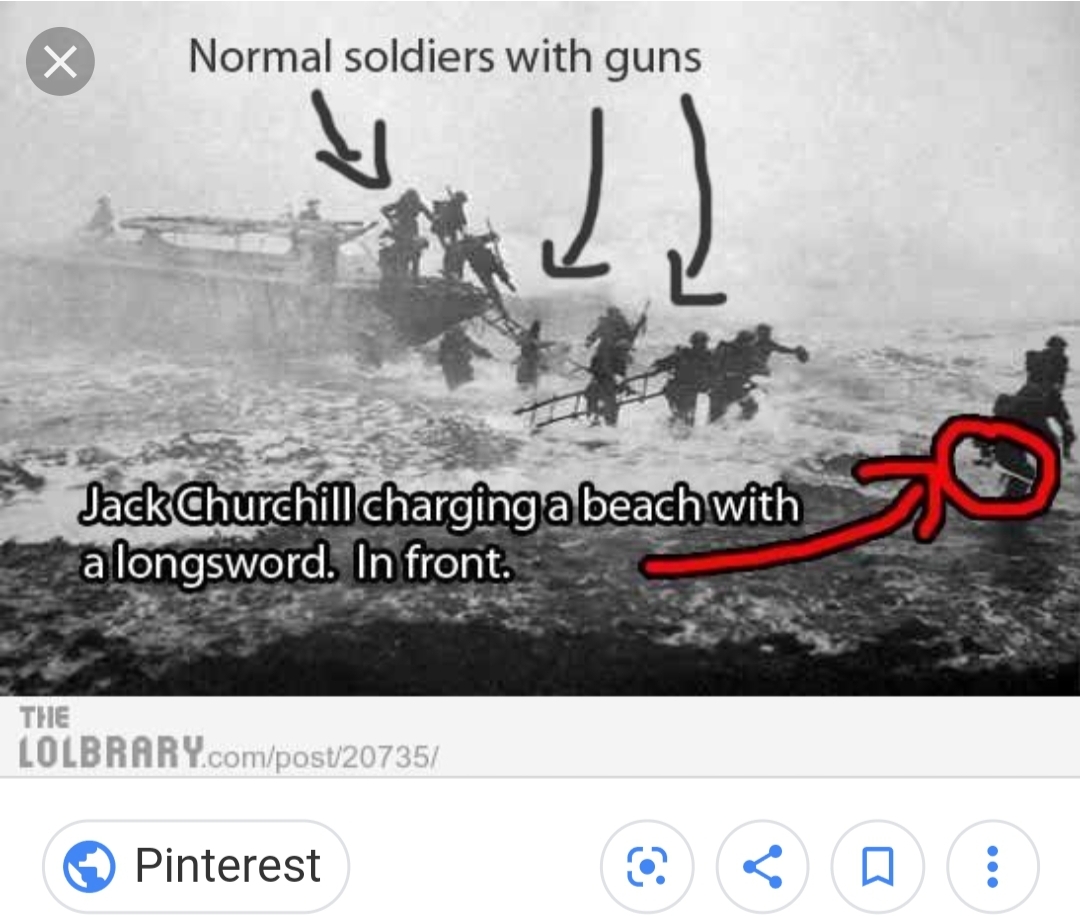 He Fought in World War II Armed With a Longbow, Bagpipes, and a Scottish Broadsword. Hell Yeah.

His nickname was Mad Jack, and let's just say there's a reason why when you start to type his name into Google the top result is Memes.

Before the war, he served with the Manchester Regiment stationed in Burma (Today Myanmar). Leaving the army in 1936, he next worked as a newspaper editor in Kenya.

Jack also holds the distinction of being the only World War II soldier to kill a German with a longbow. This event occurred during the Dunkirk Evacuation, and its said he hit the German straight in the heart.

He is credited with saying, “Any officer who goes into battle without a sword is improperly dressed.”

He was captured on the isle of Brac. After losing consciousness after being hit with shrapnel, he was taken by the Germans and sent to Sachsenhausen A Camp, meaning he was one of Hitler’s VIPs (Very Important Prisoners, in this case). Evidently the Germans thought they had captured a nephew of Winston Churchill (In reality the two men held no relation).

Soon after being imprisoned though, Jack and some fellow prisoners escaped via a tunnel they dug. The Germans launched a massive search effort to track him down, which occurred soon after. Then Jack escaped again, this time from a camp in Tyrol.

After the war, he became a surfer, but stayed out of the spotlight for the most part.

To watch a great YouTube video about his life, click the link to the left of this article.

Hitler’s Last Plot: The 139 VIP Hostages Selected for Death in the Final Days of World War II by Ian Sayer and Jeremy Dronfield