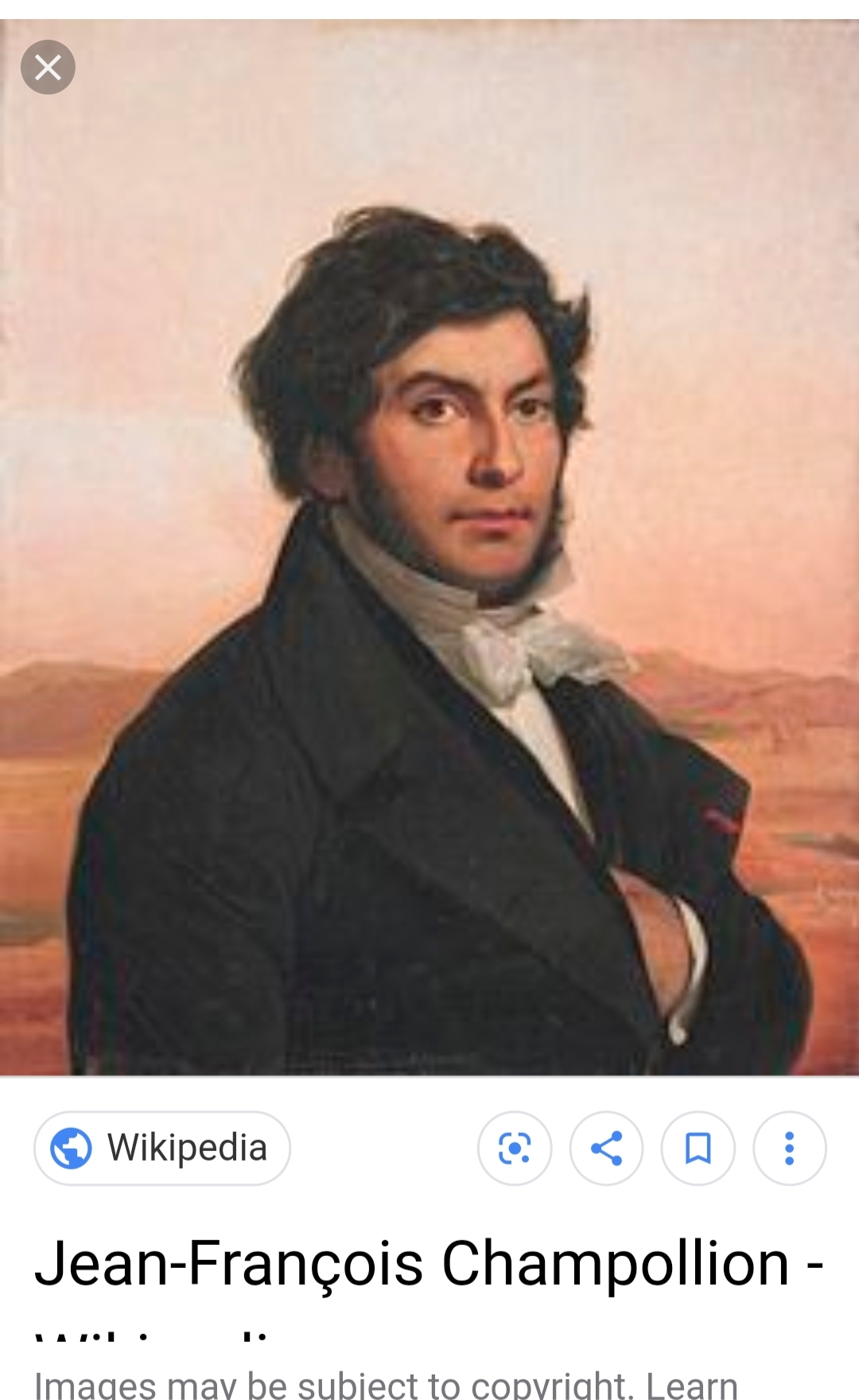 Most Known For His Significant Contributions in Translating Egyptian Hieroglyphs

Part of the reason why Champollion was able to translate Hieroglyphs (via the Rosetta Stone) was because of his amazing linguistic capabilities. It is said he mastered a dozen languages by the time he was sixteen.

Champollion became a history professor in 1809 when he was only nineteen years old, with a special interest in Oriental Languages.

It was his interest in Coptic, an early Christian language spoken in Egypt, that led to his breakthrough in cracking the Rosetta Stone, which is inscribed in Ancient Greek, Demotic, and Egyptian Hieroglyphs.

Champollion was the first to correctly realize that hieroglyphs can stand for alphabetic signs, syllabic signs, and determinative—meaning standing for a whole idea or concept.

Today, Coptic is recognized as the closest still spoken language to that the Ancient Egyptians used.

After publishing his translation of the stone in 1824, he became a professor of Egyptology. Champollion also served as the curator of the Egyptian Collection at the Louvre and led an archaeological expedition to Egypt.

He died while in the middle of creating his book of Egyptian Grammar and Dictionary, but his brother published it after his death.

The Keys of Egypt by Lesley Adkins

The Curse of the Pharaohs by Philipp Vandenberg