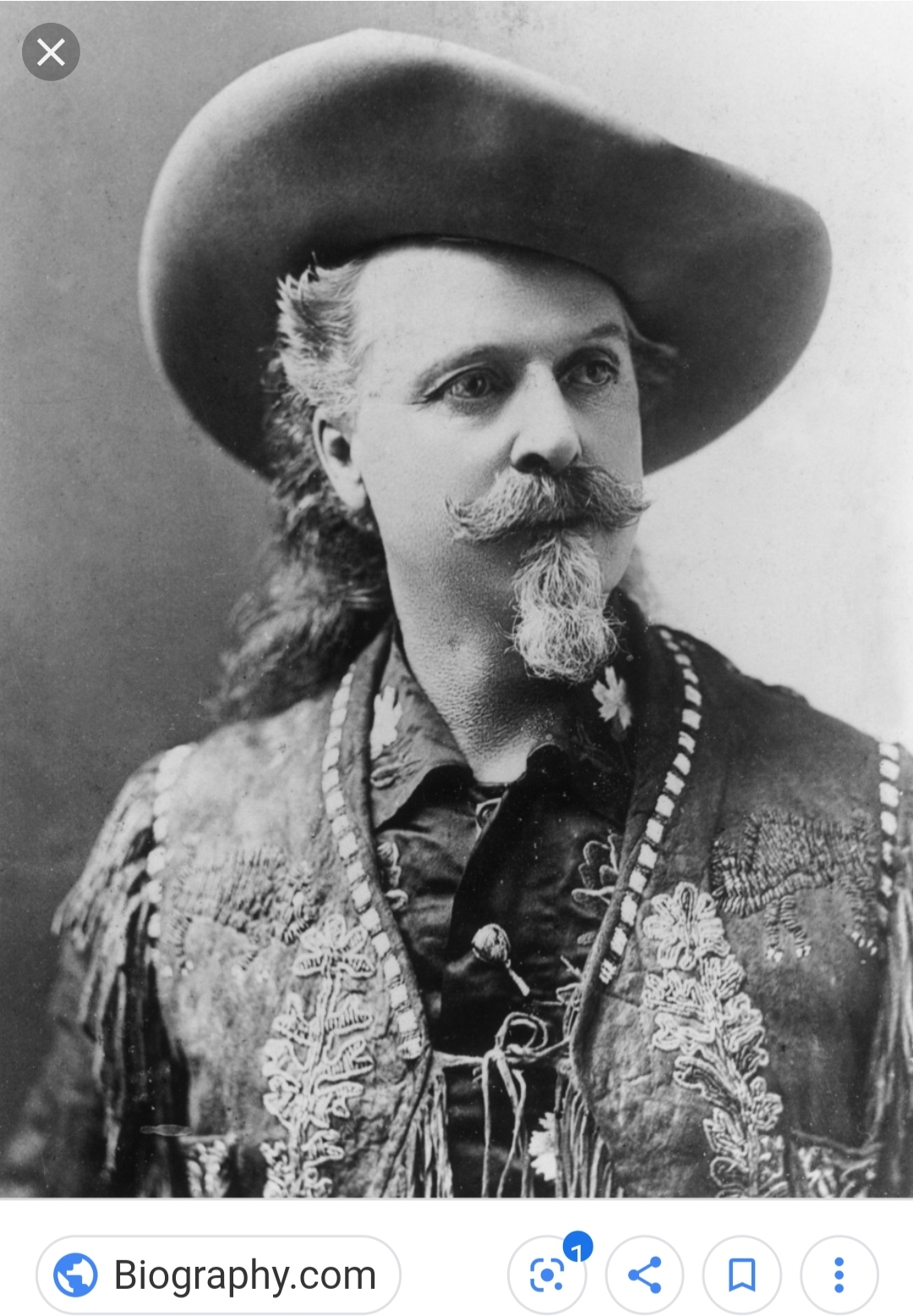 He spent his youth growing up on the prairie and even worked for the short-lived Pony Express at age fourteen.

Bill worked as a Union Army Scout during the War Between the States and in 1867 became a buffalo hunter. He believed that he had killed 4,280 buffalo in seventeen months.

Bill also fought for the United States army in the so-called “Indian Wars.”

He was awarded the Congressional Medal of Honor in 1872 (the award was rescinded in 1916 before being restored in 1989).

Bill also worked as an actor portraying a larger than life account of himself and authored an autobiography and dime novels about himself.

In 1883, he organized the Buffalo Bill’s Wild West Show which would have famous performers like Annie Oakley, Sitting Bull, and Buck Taylor.